About Our Church Get InvolvedOur Beliefs 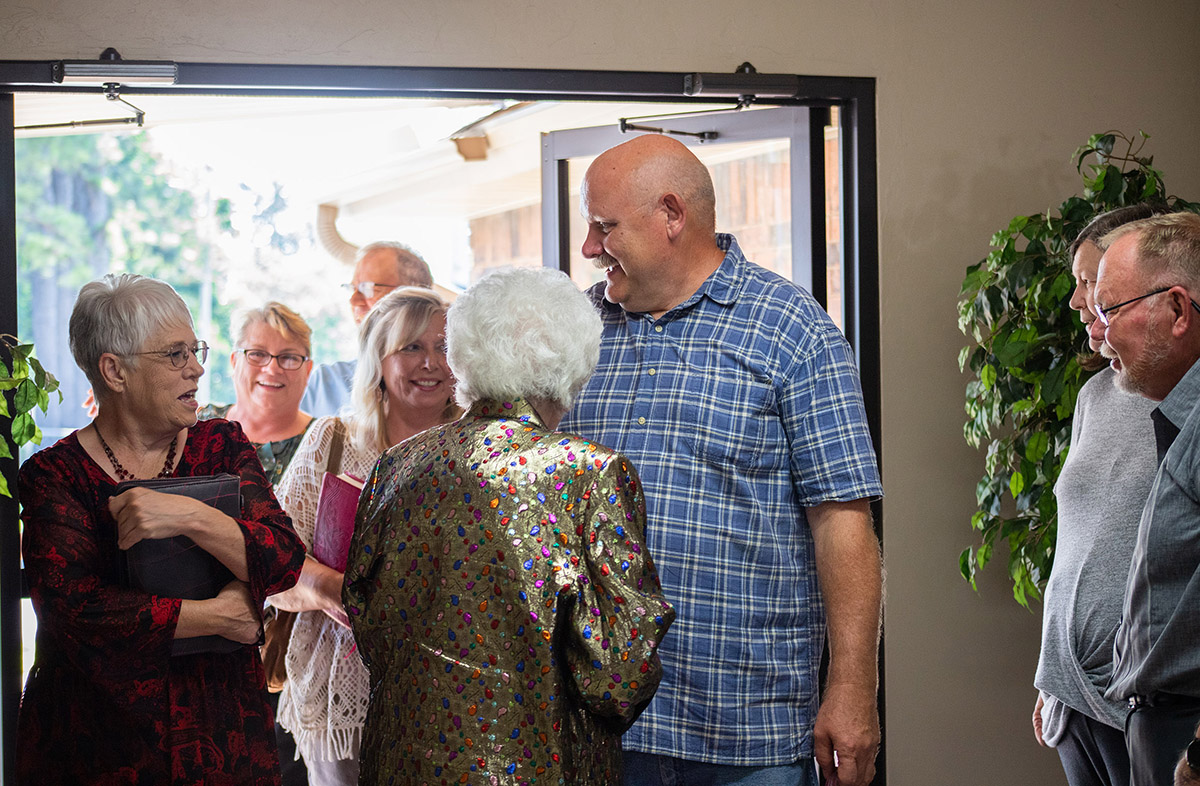 Our Spiritual and Historical Legacy

Calvary Baptist Church began as a mission project of the Baptist Missionary Association of Oklahoma. Twelve people were present at the organizational meeting of the mission. It was organized under the leadership of Robert Hilderbrant on August 21, 1973. Southgate Baptist Church in Moore, Oklahoma, under the direction of J. Harold Hodges, extended an arm to the new mission.

Initially, services were held on Tuesday nights at Southgate Baptist Church because there was no meeting place in Newcastle. On September 16, 1973, the mission began meeting in Newcastle in the home of the Missionary-Pastor.

Records indicate that the first of many people led to the Lord was baptized on October 14, 1973, in the Southgate Baptist Church baptistery.

Beginning with 46 charter members, Calvary began to reach out and grow. On November 7, 1973, the mission decided to construct a church building in which to worship. The church sold $38,000 in bonds to finance the construction of the building.

The building, except for the foundation, roofing, and brickwork, was constructed by volunteer labor. The pastor and men of the church worked as much as possible, with Saturday being the primary workday. Members from the neighboring Missionary Churches helped.

Membership rapidly grew as people came weekly to unite on the promise of a letter, or profession of faith seeking baptism, or by statement.

As the membership grew, Calvary began a bus ministry with the purchase of an old school bus. The auditorium soon approached full capacity each Sunday.

In 1978, a Children’s Church was developed with up to 60 children meeting in the fellowship hall. A puppet ministry was then added in 1980.

In 1984, Calvary agreed to serve as the mother church for the Earlywine Mission in Oklahoma City. At one time, 20 members of Calvary were attending services at the mission. The church’s name was later changed to Heritage Heights, but it never organized as a church and closed in 1990.

By 1998, the membership at Calvary dwindled. During the May 3rd  business meeting, a motion was made to vote by ballot to decide whether to continue as a church or close the doors. With a vote of 5-1, the church remained open to worship and serve. During the next decade, Sunday morning worship attendance fluctuated between 12 and 40.

In May 2011, a tornado swept through Newcastle, severely damaging the church building, rendering it unusable. Displaced from its home location, the members held Sunday services at the Newcastle Middle School, and Wednesday evening services at the church parsonage.

Through numerous challenges and many months of reconstruction, the building has been beautifully restored, and it serves again as a house of worship with an average attendance of 35 to 40 people each Sunday. 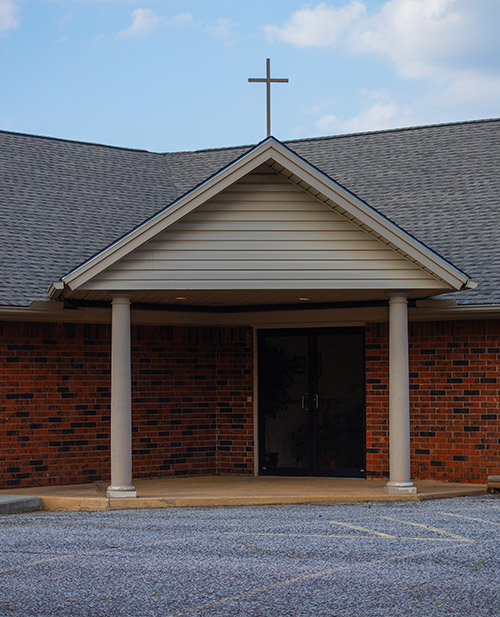 The Beauty of Hymns 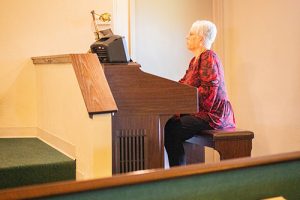 As far back as I can remember, I have always loved music. My dream as a young child was to become a singer. When I was 15, my parents purchased an old upright piano, and I began teaching myself to play it.

The only written music available in our home was the church hymnal. As I began to play the hymns, their words stirred my heart.

One day, as I played the hymn Have Faith in God, the words really convicted me, and at that moment, I knelt beside the piano bench and gave my heart to Jesus.

Hymns are such a crucial part of my faith. Hymns with words like Blessed Assurance Jesus is mine; Amazing Grace how sweet the sound that saved a wretch like me; I will cherish The Old Rugged Cross; I Know Who Holds Tomorrow, and I know who holds my hand. These songs are the foundation of what I believe and what I hold onto through the trials of life. 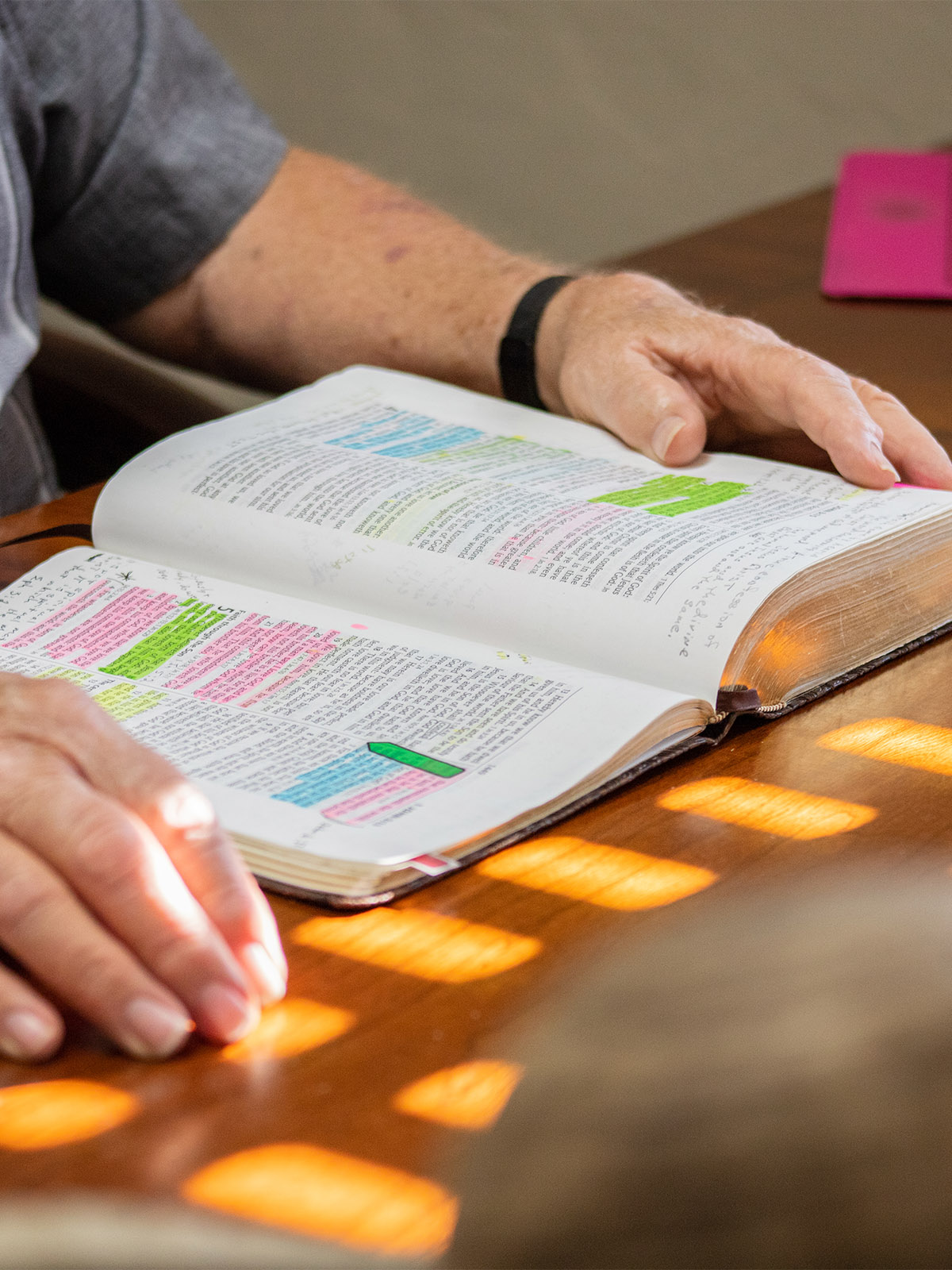 Know that You Have Eternal Life

Acknowledging that you have sinned, and that you cannot earn your way into heaven by your own good works.

Romans 3:23 “for all have sinned and fall short of the glory of God.”

Ephesians 2:8-9 “For by grace are ye saved through faith, and that not of yourselves; it is the gift of God: not of works lest any man should boast.”

Believing in the death, burial an physical resurrection of Jesus Christ.

Committing yourself by faith to Jesus Christ and submitting to Him as Lord.